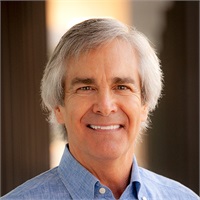 Mark is a financial planner with Pennington, Bass & Associates. He is an Investment Advisor Representative as well as a Registered Principal with Cetera Advisors LLC. Mark maintains a professional relationship with Independent Planners Group, a firm specializing in insurance, annuities, and structured settlements.

Mark holds a BBA degree with a major in Economics from Baylor University (1973) and a BBA with a major in Accounting from Texas Tech University (1978). Mark has served on the Boards of the International Association for Financial Planning and the Institute of Certified Financial Planners (now combined as the Financial Planning Association). He was the Charter President for the West Texas IAFP Chapter and also served that chapter as Ethics Vice President. In 1987, he was listed by Money magazine as one of the top 200 financial planners in the United States. In 1998, he received the John B. Keeble III Award for Integrity and Excellence as a financial planner. He was appointed one of 200 delegates to the White House/Congress 2002 National Summit on Retirement Savings. In 2015, Mark was named one of Financial Times' Top 400 Advisers in the united States. In 2017, he received the Lifetime Achievement Award from Cetera Advisors for service to his clients, the financial planning profession, and his community. In 2018, 2019, 2020, and 2021 he was named by Forbes Magazine as one of the top Wealth Advisors in Texas.

He has lectured for several colleges, universities, professional and civic groups, has written articles for professional financial planning periodicals, and has been frequently quoted in numerous magazines and newspapers including USA Today, Kiplinger's Personal Finance, Money, and the Wall Street Journal. In addition, he has written for the general public and has appeared as a financial commentator on radio and television including every local network affiliate as well as appearances on "Your Money Matters" on Financial News Network, "Moneymakers" and "The Financial Advisers" on PBS, "Fox on Money" on the Fox News Channel, and appeared for 14 years on ABC 28-Lubbock with "Tax Tips" sponsored by the South Plains Chapter of CPA's. He also has appeared as a special guest on SmartMoney.com's Live Chat.

Mark is married to Betsy. Collectively, they have four children and six grandchildren.

Cetera Advisors LLC is not affiliated with Independent Planners Group.