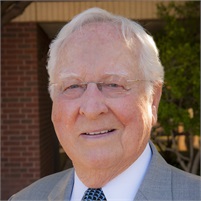 Lee has been in the financial planning industry since 1968. He was the first CERTIFIED FINANCIAL PLANNER™ practitioner in West Texas and the second one in Texas. Lee is considered to be a pioneer and visionary in the industry having served on the National Board of Directors for the International Association of Financial Planning and the Institute of Certified Financial Planners Board of Governors, forerunners to the present Financial Planning Association.

Lee has spoken nationally to practicing Financial Planners as well as Financial Planning industry Executives.  He has been quoted in USA Today, Wall Street Journal, Money Magazine, and numerous other national and local publications.  Lee has received many honors over the last 40 years, including the John B. Keeble Award for Integrity and Excellence in 2000 and was voted "Best Financial Planning Consultant" by the 2001 Readers' Choice at the Lubbock Avalanche Journal.  In 2008, he received the Lifetime Achievement Award from Cetera Advisors LLC.

Lee is the former Chairman of the College of Human Sciences Advisory Board at Texas Tech University.  He and Mark Bass contributed to the design of the Personal Financial Planning degree program at Texas Tech, which is considered one of the premier financial planning programs in the United States.  He is also active as a member of the Chancellors Council and Matador Society at Texas Tech.

Lee has lived in Lubbock since 1961. He and his wife, Beth, have two wonderful daughters, Diantha and Penni. He is active as a Deacon at Second Baptist Church in Lubbock.